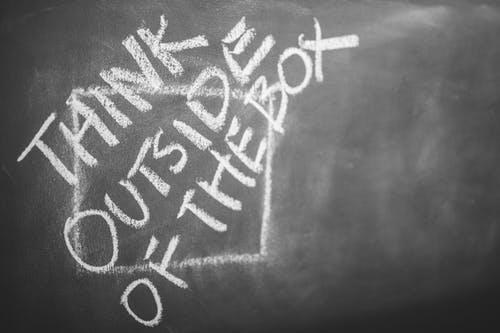 A few months ago, Harvard Professor Clayton Christensen shared his thoughts on Tesla’s plans for entering the Chinese market with its own factory. This came close on the heels of the 53 billion dollar giant announcing its intention to streamline its workforce by 7 percent, break out of its premium niche market, and move into more affordable electric cars.

Christensen’s argument was that Tesla was entering the Chinese market to compete in an already saturated arena, that it wasn’t disruptive innovation at all. Rather, pursuing premium car-buyers in the twin peak economy was sustained innovation. A foregone opportunity to create an affordable product that would essentially push the boundaries of the electric car market.

It’s something any aspiring hardware entrepreneur can relate to, and most of these bootstrapped hopefuls don’t have billions in R&D budget at their disposal.

It’s also true that developing and manufacturing low-speed electric vehicles (LSEVs) is resource intensive. Honing and refining LSEVs to the point at which they’re affordable for nonconsumer segments is a massive endeavor.

So I think it’s great that Christensen’s response was to invite open dialogue between the two men on what innovation really involves. As a leadership development consultant, I find myself relating more to Disruptive Innovation Practitioner Jay Gerhart’s conciliatory, ‘gray area’ view.

His take on the disruption debate rings true with how we should be fostering innovation at the business level: “I find many debates these days to be framed a bit too black and white”.

And with this in mind, let’s drop the black-or-white debate and focus instead on encouraging all kinds of innovation. Here are three ways to go about it.

I recently facilitated three inclusive strategizing workshops in Kuwait, Barcelona, and Casa Blanca. Different companies, distinct goals, and in each case, unique strategies. But all three companies were focused on growth, and all were ready to innovate for new markets.

One of the most overwhelming patterns in the participant feedback we received was the massive creativity unlock that came about when functional boundaries were removed. In particular, when we invited people to Open Space meetings, and let them gravitate to the discussions they felt passionate about. As we saw functional boundaries increasingly blurring, we saw creative new ideas emerge and novel ideas come to life organically. All at a much more rapid pace than they would have in pre-chosen ‘project teams’.

So if you’ve got a dedicated R&D department, that’s one thing. But it’s also one way that we’re delineating A from B, if we’ve learned anything from Clay and Musk’s debate. In short, don’t underestimate the value of foregoing the labels, when you need to.

Innovation relies heavily on a supportive environment, and that goes for both disruptive ideas and sustained, incremental approaches over time. Someone on your team may have a great idea, but it can take courage for them to speak up and share it with the rest of the group. Meaning it’s up to leaders to encourage a culture where people feel safe pitching their ideas.

Start by getting more of a feel for potential ‘creativity hurdles’, by asking yourself a few questions.

Could your team members be worried about challenging how things work? Do they stand to lose anything from challenging the way things are done?

Are they concerned about what will happen—from you or their coworkers—if they pitch ‘a bad idea’?

Or, might they think asking for resources is inappropriate?

Rethinking our rewards and incentives is one way to kick-start the flow of creative ideas. And it’s one of the quickest ways to steer behavior, especially if the rewards are intrinsically meaningful. How about giving people some time to bring their ideas to life?

This one doesn’t have to be about individual creativity. In fact, healthy team competition that’s centered around innovation can also work to strengthen collaboration. As people work together to develop ideas, they practice knowledge-sharing and learn more about how they complement each others’ skills. When they succeed together, they feel empowered and derive meaningful satisfaction from a job well done.

Encouraging competition is very much one of the most engaging ways to encourage innovation. At the same time, they’re also flexible, and easy to tailor to specific contexts. If your firm’s goal is new product development, why not host a mini science fair? If it’s enhancing customer service, how about getting teams to come up with new user experiences?

Do you feel ideas must disrupt to be innovative? What side of the debate do you come down on? Pitch me your ideas at our Time To Grow Global LinkedIn! 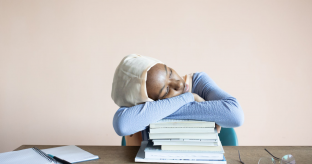 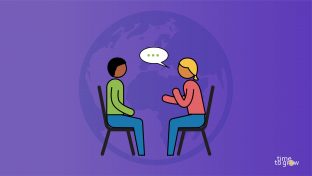